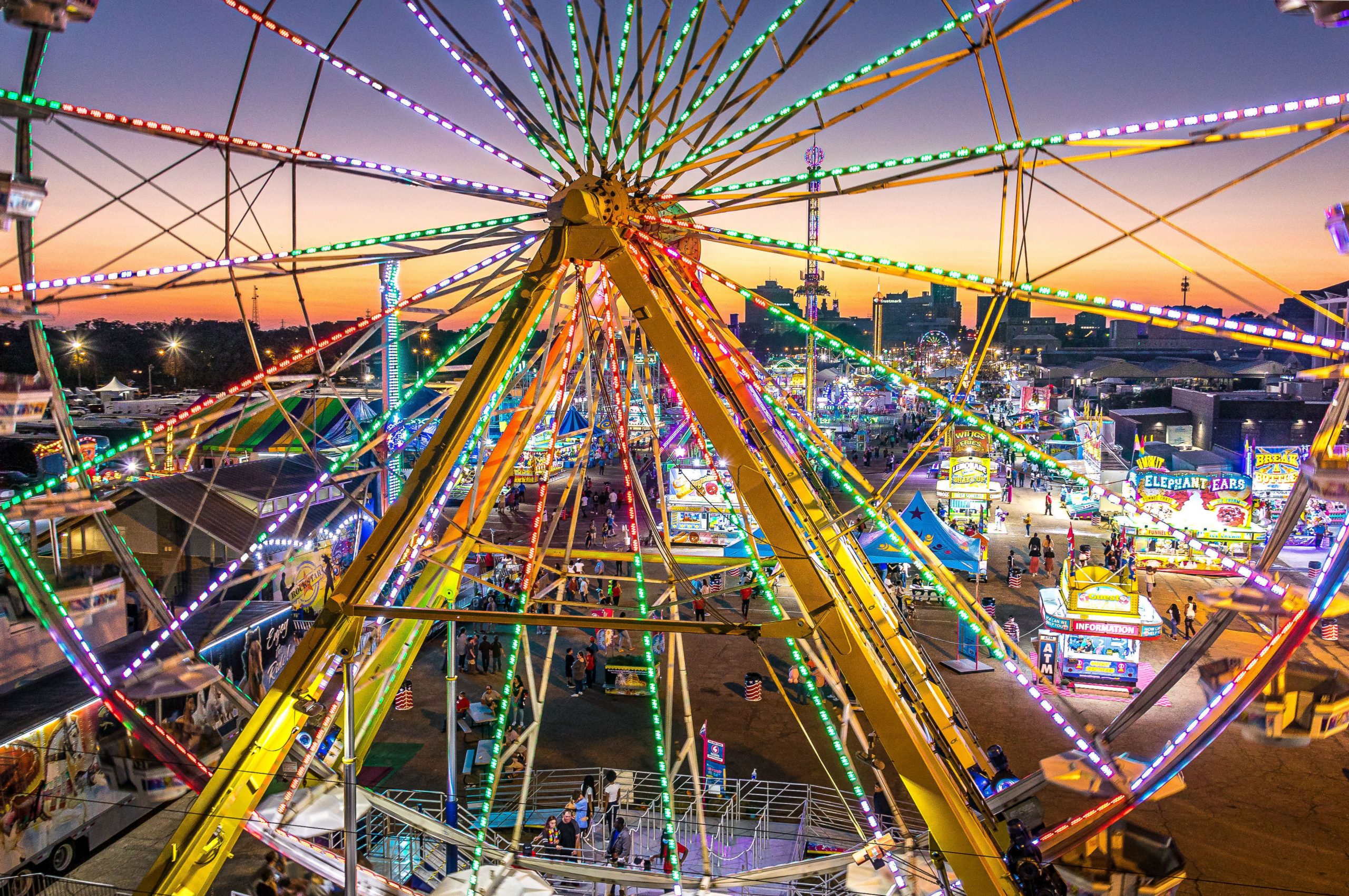 The history of fairs is clouded and the record is less than complete. Nonetheless, the story of mankind is replete with references to fairs, not in an institutional context, but as a part of everyday social intercourse. A casual observer might conclude that fairs and exhibitions came fresh out of eighteenth century western Europe, delivered to the colonial docks of Boston and Halifax with a predisposed mission to serve agriculture and animal husbandry.

The Origin of Fairs

This observation fits with our collective sense of tradition, but fails to recognize centuries of historical linkage to the eastern Mediterranean before the birth of Christ. Old and New Testament references to fairs are mixed with allusions to commerce, trade, the marketplace, festivals, religious feasts and holy days.

Where and when the first fair was held is not known, however, evidence points to the existence of fairs as early as 500 BC Scripture records in the book of Ezekiel: “Tarshish was thy merchant by reason of the multitude of the kinds of riches with silver, iron, tin and lead, they traded in thy fairs.” Ezekiel’s account of the destruction of Tyre, supposedly written about 588 BC, describes Tyre as an important market and fair center.

Fairs were commercial in character from the beginning. Merchants from distant countries would come together, bringing native wares to trade with one another, and even though it is not clearly explained in Ezekiel or in other biblical references, it is reasonable to assume that “fair” was the name given to the place at which early trading between foreign merchants was conducted.

It is equally clear that religious activity was companion to the commerce. The Latin world “feria” meaning holy day, would appear the logical root of the word “fair.” Each feria was a day when large numbers of people would assemble for worship. Worship in those early days was centered around temples in great cities, including Ninevah, Athens, Rome and Mecca. These cities were also respected as the great commercial centers of the world. Fields adjacent to these temples were staked out for traders. Religious figures were placed about the fields in order to protect the traders and merchants.

During the early Christian era, the church took an active part in sponsoring fairs on feast days, and as a result, fairs came to be a source of revenue for the church. Possibly, our modern church bazaars possess some rudiments of these religious fairs.

This evolution which blended religion and commerce continued over time and moved into western Europe. Periodic gatherings brought together the producers of all types of commodities for the purpose of barter, exchange and, finally, outright sale. To this marketplace were added entertainment and other forms of activity thus, these primitive market took on the aspect of fairs as we know them today.

Fairs in the New World

In 1765, less than 300 years after Columbus finished his work in the New World, the first North American fair was presented in Windsor, Nova Scotia. The Hants County Exhibition continues to operate today under the guidance of the Windsor Agricultural Society. In upper Canada, as Ontario was known in early Confederation, a fair was held in 1792, sponsored by the Niagara Agricultural Society. As with Windsor, the Niagara Fair remains in operation today. In addition, many small fairs were held during the early 1700’s in French Canada while under French rule.

Similarly, in the not-yet formed United States, a fair was chartered in York (Pennsylvania) in 1765 and it existed as a 2-day agricultural market.

The concept of the “county fair” however, organized by an agricultural society, was initiated by Elkanah Watson, a New England patriot and farmer.  He earned the title, “Father of US agricultural fairs” by organizing the Berkshire Agricultural Society and creating an event (known then as a Cattle Show) in Pittsfield, Massachusetts in September 1811. It was not a market, and was more than just an exhibit of animals – it was a competition, with prize money ($70) paid for the best exhibits of oxen, cattle, swine and sheep.

The core elements of those agricultural society events of the early 1800s – those early fairs – are at the heart of the agricultural fair in North America today. Competition for the best agricultural and domestic products of the county and/or community (or region or state), an annual celebrate for the community to come together, to share, to learn.

Today, about 2,000 fairs are held in North America each year. Additionally, agricultural fairs can be found throughout the United Kingdom, in Australia, Mexico and other countries. They provide industrial exhibits, demonstrations and competition aimed at the advancement of livestock, horticulture and agriculture with special emphasis placed on educational activities such as 4-H, FFA and similar youth development programs. Most fairs also provide exceptional educational activities to help today’s consumer understand the importance of farming and the source of the food on their plate. While enjoying these high-minded pursuits, fair visitors are also able to see, hear, touch, smell and taste the richness and variety of what the world has to offer.